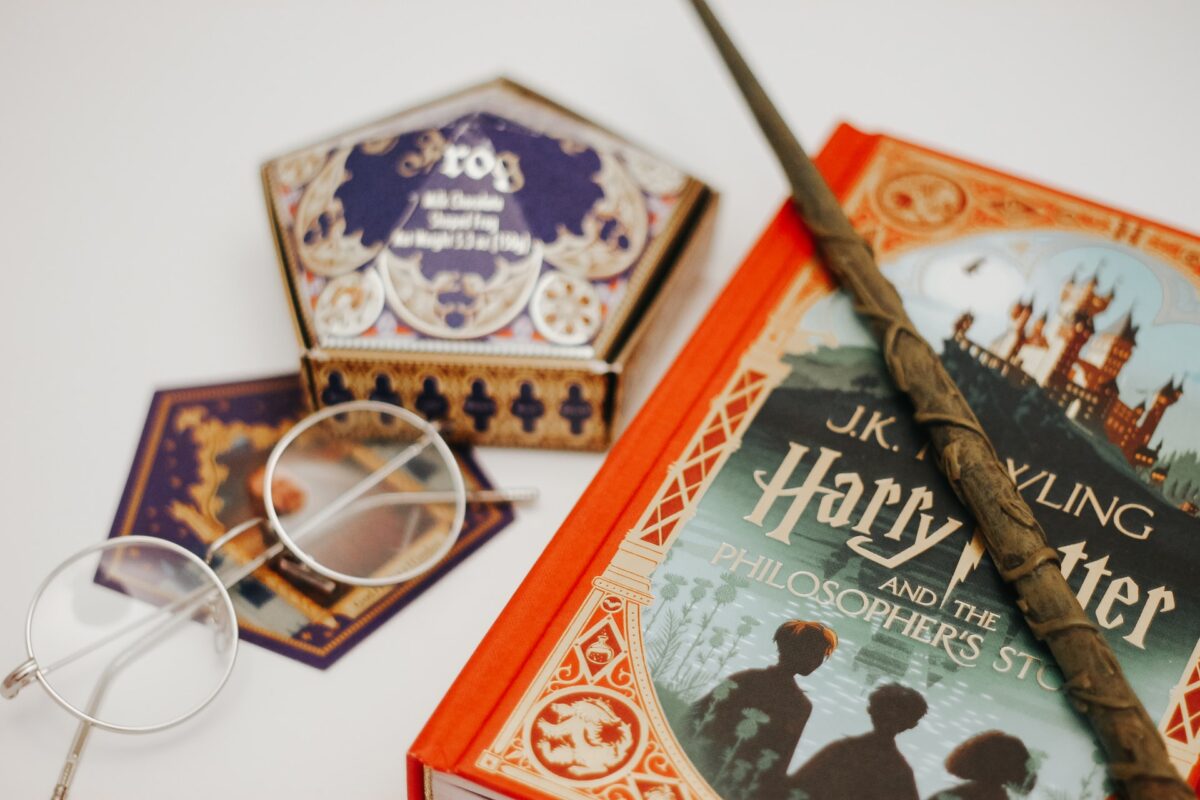 OK, I’ll admit it. I took the online test, and I’m a Gryffindor. At Hogwarts, Gryffindors value courage, bravery, competitiveness, and nerve, which, when you think about it, are pretty much what it takes to be an entrepreneur these days. And since Halloween just passed, it seems like the right time of year to reflect on the magic it takes to grow a startup or small business, inspired by none other than Harry Potter.  Here are some magical lessons to grow your business.

Have a great team around you.

Harry’s two best friends, Hermione and Ron, couldn’t have been more different, yet complemented each other as they addressed the challenges in their journey head-on. Hermione was book smart and logical, Ron was a bit goofy but had great interpersonal skills, and Harry was brave and determined. The lesson here is don’t hire team members who are all carbon copies of you.

Fred and George were practical jokers who sold magic tricks and potions on the side until they could open their wizarding shop. And let’s face it, building a business takes most of your waking energy, so you might as well choose something you’ll enjoy.

The four houses of Hogwarts competed with one another for the coveted House Cup and were awarded points based on their accomplishments, grades, and conduct. Each house had similar goals but differed in how they tried to get there. Hufflepuff values hard work and teamwork, Ravenclaw values perfecting their craft as experts, Gryffindors are competitive and take quick action, while Slytherin is ambitious and determined, sometimes doing whatever it takes to get ahead. Lead the culture you want to build by example, but remember that it is only a culture when your team continues to demonstrate those same values when you’re not around. And one more point about culture, since setting the right culture is your most important role as a leader, take a risk on hiring someone who may not yet have all of the skills you need but has potential and the right values. Dumbledore didn’t go wrong taking a chance on Hagrid.

The typical startup org chart has the same names in multiple boxes. You simply aren’t yet big enough to support several of the roles you’ll need full-time. But you’ll still need the roles, so for a while, assign individuals to two or three positions with the idea that as you grow, you’ll be able to hire specialists under them.

While you’re starting out, keep your Horcruxes to a minimum.

If you split yourself into too many areas of focus, then you won’t get anything accomplished. Yes, you’ll likely be working your tail off as you’re growing your business, but remember to sleep, exercise, and hug someone you love, even if it needs to be socially distanced for the moment.

Harry grew up poor and living under the stairs at the Dursleys’ house. He had no idea of the wealth his parents left him until visiting Gringotts with Hagrid. He could have gone on a spending spree, but he didn’t. So yes, it’s OK to invest in your growth, but keep track of your expenses and make sure you’re saving for a rainy day.

It is inevitable that as you grow, despite how amazing you are, you may have the occasional unhappy client. Perhaps they aren’t a good fit for what you do, or maybe someone on your team dropped the ball. It’s best to face the challenge head-on. If they leave you a negative review, ask to speak with them so you can learn for next time.

Choose the right tools to increase your impact.

Harry used his wand, the invisibility cloak, and the resurrection stone as the three most powerful tools used to defeat Voldemort and the Death Eaters. You have communications devices, software, and computers. Some of these tools may seem expensive, but do your math on the hours you may save and if a particular tool will save enough time for you and your team to make it worthwhile. Don’t go overboard, but do get the right tools for the job. Although it really would be cool to have a wand and an invisibility cloak!

Voldemort underestimated Harry and we all know how that turned out.  Many businesses are fighting for survival right now. Some of them may have seemed a little sleepy in the past, but don’t be surprised to suddenly see them running ads or cutting prices to get work. Also, keep an eye on businesses that may be able to branch out of their sweet spot to enter your space.

Harry’s parents were killed by Voldemort; he had to live under the stairs with a family who couldn’t stand him; he was attacked by Death Eaters, a serpent, a three-headed dog, a troll, a dragon, and, well, you get the point. But he was on a mission, and at no point did he give up.

I know that many small businesses hurt by the pandemic are thinking more of survival than growth right now. Maybe it sounds corny, but I am a true believer in the power of the human spirit, and in particular, in the power of the entrepreneurial spirit. Those of us who have taken the risk to start a business and who are sticking with it and making it work all have a little Gryffindor in our hearts.

So with that, let me leave you with my all-time favorite quote from none other than Albus Dumbledore. “Happiness can be found, even in the darkest of times, if one only remembers to turn on the light.”

My wish for every entrepreneur right now is to turn on the light and the passion. I hope you can magically grow the heck out of your business for the rest of 2021!

“I like the functionality and the look of the new site. I enjoy working with your team. They are really competent and professional. I trust Zenchange! I think the new site is going to make a big difference.” – Vivian Shou-Litman AP, Longevity Acupuncture

Are You Happy With Our Services?